It is well-known that emergency departments in the UK are struggling with a shortage of trained clinical staff and unprecedented numbers of a patients. The purpose of this paper is not to examine the reasons for this situation but rather to look at the evidence suggesting how and why physician associates are an effective solution. To this end I am referencing four papers with a synopsis of each.

This review takes in findings from seven studies of PAs working in emergency medicine. In summary the findings were:

This is a literature review of 35 studies relating to the use of PAs in emergency medicine in the USA/Canada. The main findings are:

This study looks at outcomes from four PAs who were recruited to work in a hospital in the Midlands. Outcomes were:

This study reports evidence from a range of sources. The main findings were:

PAs provide an effective solution to ED staffing shortages because PAs are by nature generalists and ED is one of the last generalist medical disciplines. Consultants generally like working with PAs because PAs tend to stay; we do not rotate out to another department or hospital. PAs are associated with improved patient flow and less legal liability – that has to be a good thing. And PAs are cheaper than employing locums.

Another solution is to recruit or train ANPs to plug the shortage, this is a reasonable solution if you can find the appropriate staff, the downside of recruiting ANPs is that it simply shifts the staff recruitment problem elsewhere. PAs are new staff coming into the system.

In addition, PAs represent a flexible workforce, if you have a PA working in ED and it is quiet in ED and you are understaffed in Gastro you can move the PA across to fill the short-term gap. 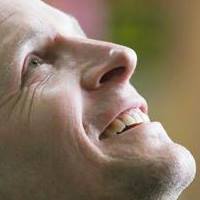 William Fryer MA Oxon
William is a Human Scientist and Student Physician Associate at UWE. Prior to being a PA Student he worked in the corporate environment making rich people even richer. His interests include: human beings, white water kayaking and walking in rugged environments.